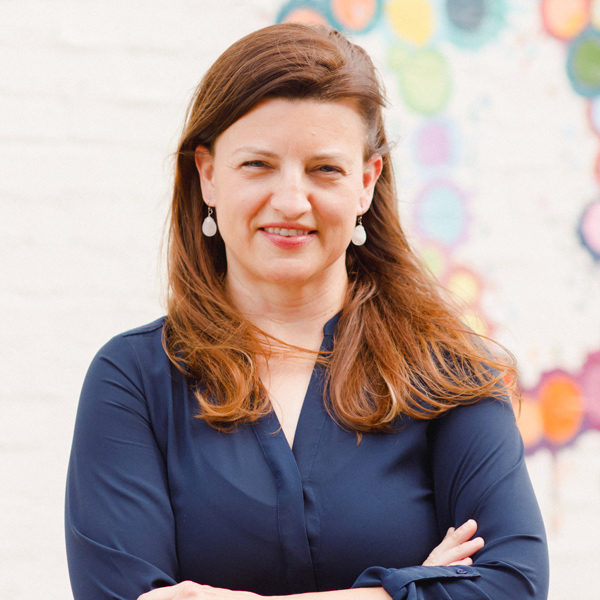 As our Director of Strategy, Angela Vogel Daley oversees the strategic direction of clients from conception to execution, including branding, content, digital, public relations and social media.

After the Observer, Angela moved over to AAA Carolinas as Director of Communications where she managed the organization’s PR and social media strategy, as well as Go Magazine, the highest-circulation publication in the Carolinas. Wanting to expand her digital expertise, Angela headed up to Lowe’s corporate headquarters in Mooresville as Digital Content Editor, where she created content for Lowes.com, including homepage, banners, email and social media.

Angela is a past Board Chair of the Simmons YMCA and served on the Board of Managers for the past six years. As part of her role, Angela helped select the new Executive Director, raises money for programs including free summer camp and swimming lessons for underprivileged youth, advises the Simmons staff and volunteers with the Y Readers program. She’s also been a Den Leader for Cub Scout Pack 118 for the past four years, which includes teaching young boys everything from pitching a tent to building a fire to using a pocketknife to avoiding poison ivy.

Angela holds a Bachelor of Arts degree in English Education from the University of Wisconsin at Eau Claire and a Master of Arts degree in English from the University of North Carolina at Charlotte. In her free time, Angela loves hiking, kayaking and playing piano, as well as keeping up with her sons Nate and Theo, husband Chuck, and kitties Callie and Mokey.